We hope you are enjoying playing FIST OF THE NORTH STAR: LEGENDS ReVIVE.
Apocalyptic Savior Kenshiro returns!
Don't miss Event Gacha: 3rd Anniv. Appreciation Festival! The Bonus Slot has a 100% chance of appearing!
The Bonus Slot features UR Apocalyptic Savior Kenshiro and the Support Character duo UR Celestial Twins Lui & Rin!
A special lineup of Items is also on sale until September 12, 2022 (Mon), 19:59 UTC! This special lineup features items such as an Interstellar Treasure Chest, which contains Memory Ore x15,000, Water of Life (M Tank) x100, and a bonus (All) Fighter Shard x5! 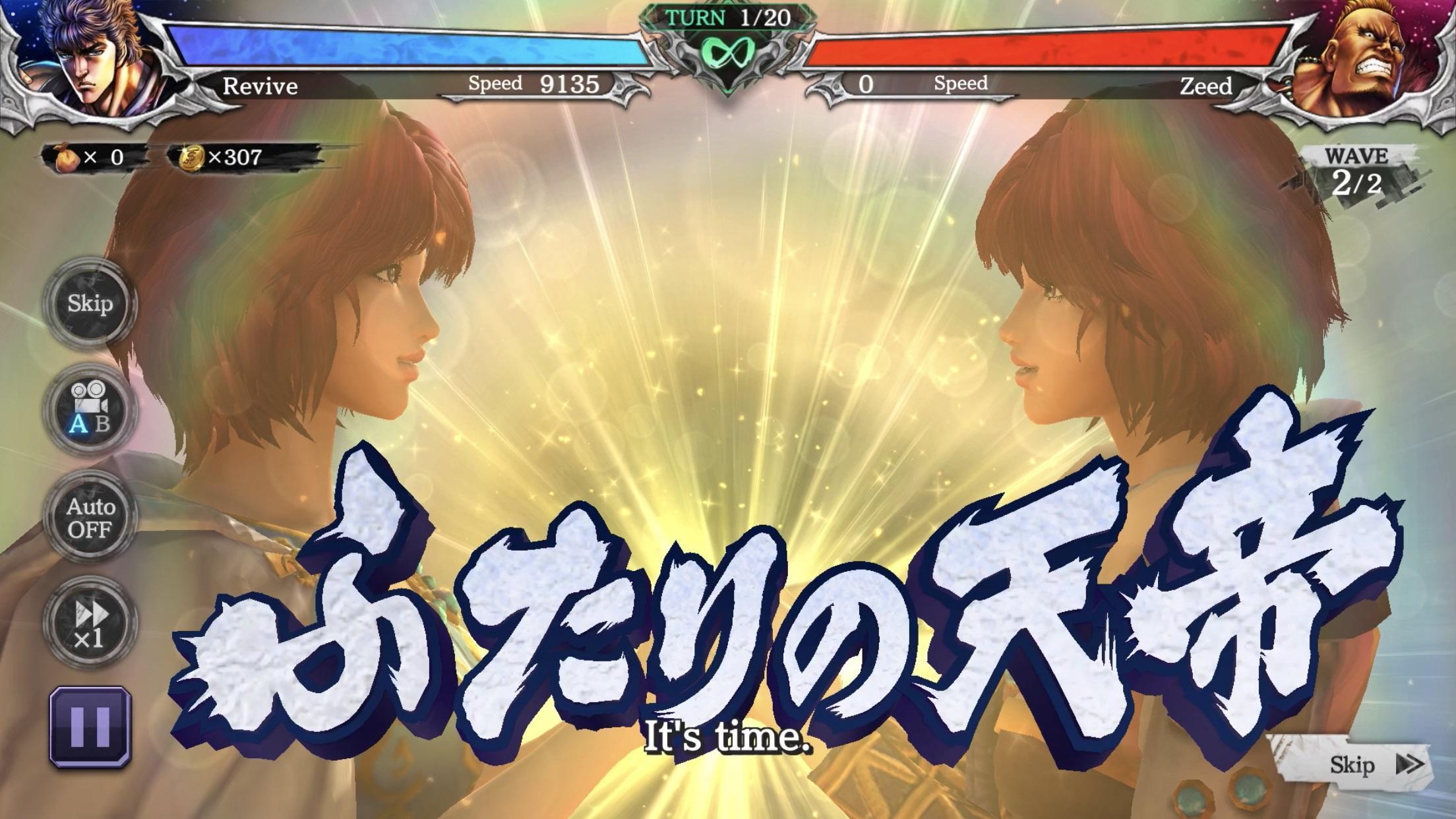 ■ Schedule
September 4, 2022 (Sun) at 20:00 UTC - September 29, 2022 (Thu) at 19:59 UTC.
■ Details
Don't miss Event Gacha: 3rd Anniv. Appreciation Festival! The Bonus Slot has a 100% chance of appearing!
Each pull guarantees you 6 items and a Bonus Slot.
*Free pulls that are available once daily do not apply to this Gacha.
The Bonus Slot lineup features certain Fighters, including UR Apocalyptic Savior Kenshiro, UR Celestial Twins Lui & Rin, UR Blessed Spirit Shachi, and more.
On top of this, depending on the number of pulls you make in the Event Gacha, get glorious Rewards such as a 4-Star Apocalyptic Savior Kenshiro and a Red Charm Chest from the Event Gacha Bonus that is underway at the same time.
Don't miss the chance to get returning Fighters from the Event Gacha and Event Gacha Bonus.
*Crossover Event Gacha Bonus Period: Until September 30, 2022 (Fri) at 19:59 UTC.
*Rewards that are not claimed during the event period are not automatically sent to your Inbox. Please be sure to claim them.
■ Apocalyptic Savior Kenshiro 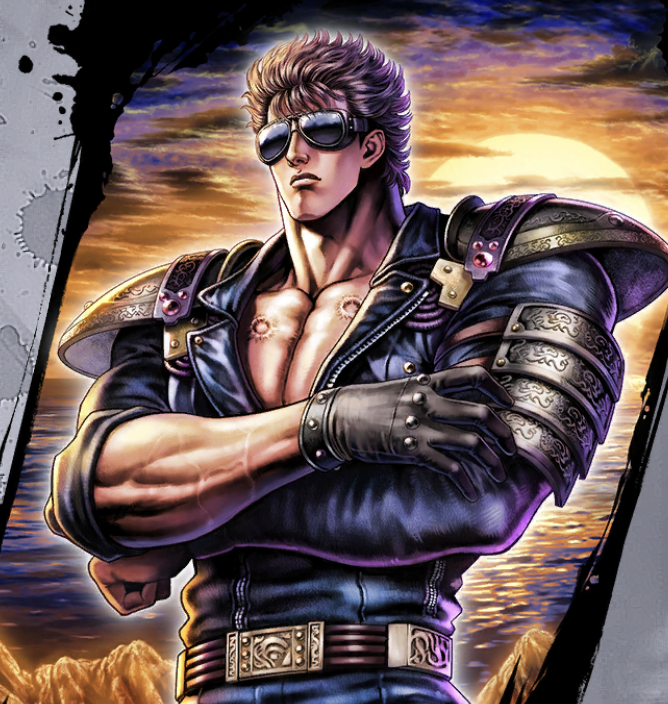 Fighter Information
Learning that Rin has been captured, Kenshiro sets sail for the Land of Shura to save her. He engages in an intense battle with Han and learns from him that the Land of Shura was his birthplace. Kenshiro feels his blood boil the way it did when he fought Raoh. Clenching the fist that bears the glove of the late Ein, Kenshiro faces his destiny head-on.
Special Technique: Hokuto Shinken: Spirit of Water Reflection
Using Spirit of Water Reflection enables Kenshiro to perform a a Nanto Seiken technique just by having witnessed it before. He sends shockwaves tearing through the ground that rip into his opponent, then follows up by attacking them head-on.
Secret Technique: Heavenly Commander's Charge
Kenshiro bombards his opponent with a series of kicks to launch them into the air. Then, in honor of Raoh's legacy, Kenshiro embraces his destiny as the apocalyptic savior, pouring every drop of Chi into unleashing the Secret Technique of the eldest brother of Hokuto.
Please check the in-game description for more details on Apocalyptic Savior Kenshiro's abilities.
Warnings
* You can check the drop rates and contents of the Gacha in Drop Rates on the Gacha screen.
* You can check the Bonus Slot pull rate on the Bonus tab in Drop Rates on the Gacha screen.
* If the Event Gacha is not displayed at the scheduled time, please restart the app.
* The contents of the Event Gacha are subject to change without notice.
Thank you for playing FIST OF THE NORTH STAR: LEGENDS ReVIVE.
To News List