We hope you are enjoying playing FIST OF THE NORTH STAR: LEGENDS ReVIVE!
The son of the King of the Iron Fist and carrier of the DEVIL GENE, Kazuya Mishima, joins the battle!
The Ranked Gacha will run until June 29, 2022 (Wed) at 12:29 UTC.
Rankings are calculated in several several separate Rounds. Users will get Rewards for each Round!
Ranked Gacha is underway! 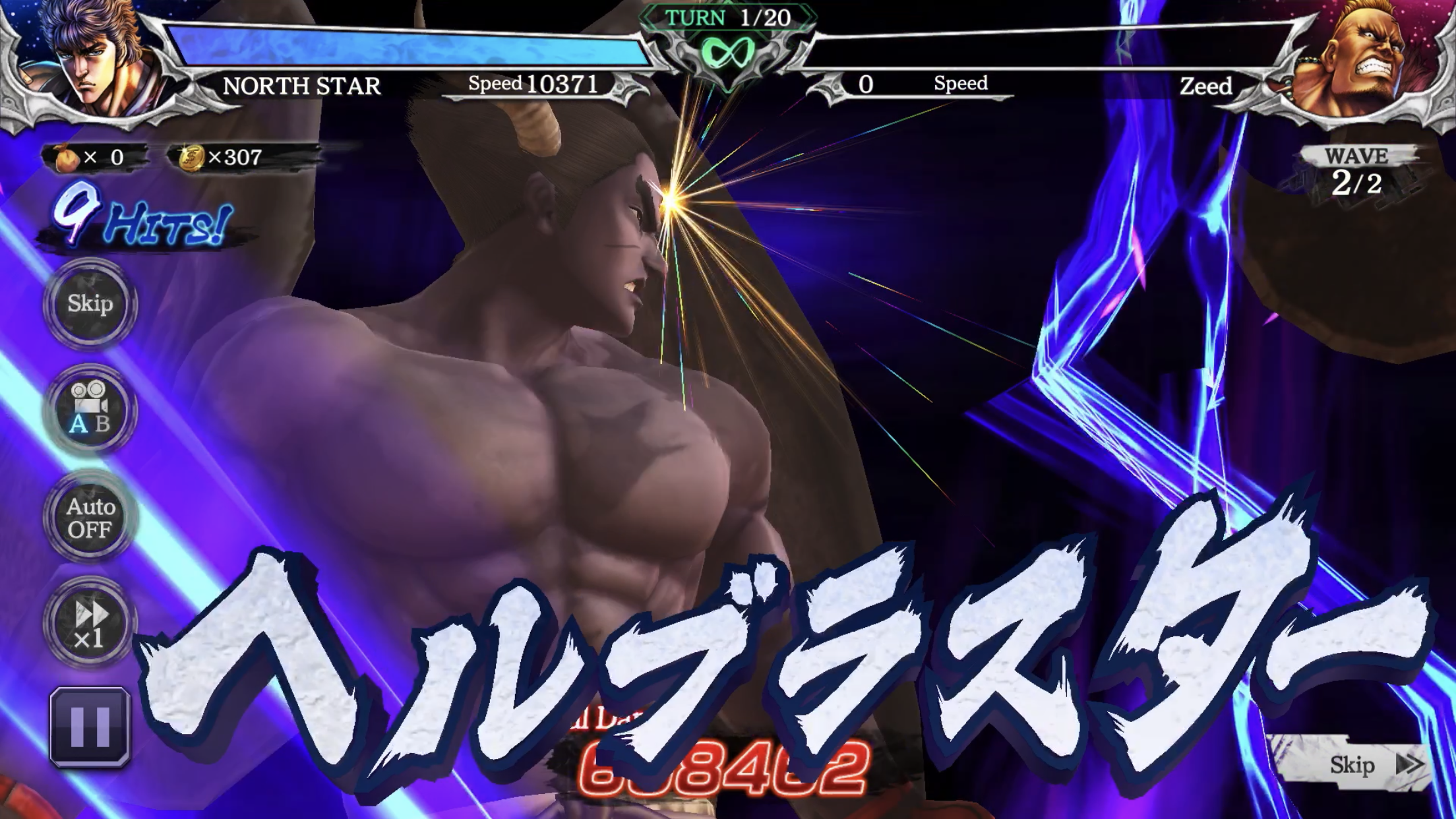 ■ Schedule
May 30, 2022 (Mon) at 20:00 UTC - June 29, 2022 (Wed) at 12:29 UTC.
■ Details
In celebration of the TEKKEN 7 Crossover, new Fighter UR Kazuya Mishima has a chance of being pulled in the Ranked Gacha.
Get Points when you pull from the Ranked Gacha. Get Rewards such as UR Kazuya Mishima and Power Quartz depending on your total Points.
Furthermore, the glorious Rewards lineup for the total point Ranking competition includes UR Kazuya Mishima Shards and more.
The Ranked Gacha will run until June 29, 2022 (Wed) at 12:29 UTC.
Rankings are calculated in several several separate Rounds. Users will get Rewards for each Round.
Additionally, Hundred Blow Challenge is also underway.
Check out this Event and get Gems!
Please see the Event page for more details.
*Hundred Blow Challenge Period: Until June 4, 2022 (Sat) at 19:59 UTC.
■ About Ranked Gacha Calculations
- The Ranked Gacha will run until June 29, 2022 (Wed).
- Rankings are calculated in several Rounds. Users will get Rewards for each Round.
Please see the Ranked Gacha screen for more information.
- Ranking Rewards may vary for each Round.
Please check the Rewards List on the Ranked Gacha screen for more information on the Rewards available for each Round.
- You cannot pull from the Ranked Gacha during the calculation period.
- Point calculations do not reset. They are calculated as an accumulative total throughout the event period.
■ Regarding TEKKEN 7 Crossover Fighters
TEKKEN 7 Crossover Fighters can only equip
Crossover-exclusive Charms to Page 1 of their Charms.
Please be aware that types of Charms other than those listed above cannot be equipped.
Crossover Charms cannot be equipped to other Pages
and can only be equipped by TEKKEN 7 Crossover Fighters.
■ Kazuya Mishima 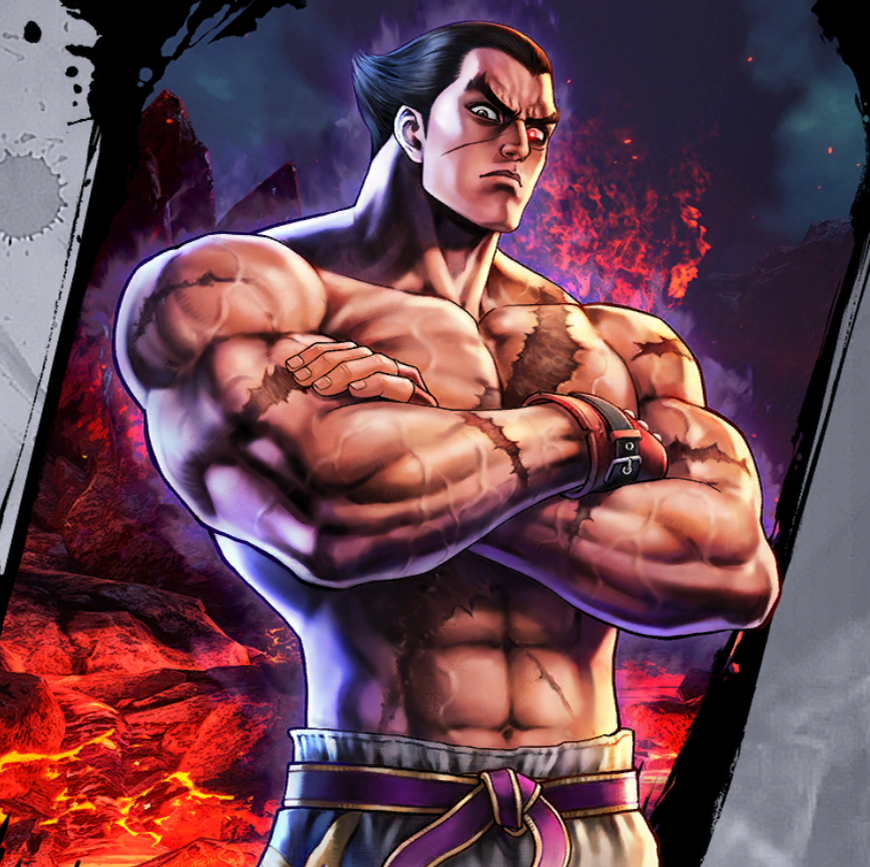 Fighter Information
The son of the King of the Iron Fist who inherited the DEVIL GENE. His training in the arts of Mishima Style Fighting Karate led to a fateful battle against his father Heihachi Mishima, who threw him into a volcano. Kazuya was believed to have perished, but Devil's power stirred within him, granting him the strength he needed to climb out of the burning pit of hell. Eventually Kazuya was discovered by G Corporation, who helped him gain control of Devil's power in exchange for researching his body. Equipped with his new power, Kazuya takes on Heihachi, who is determined to put a stop to the DEVIL GENE.
Special Technique: Demon God Fist
Kazuya winds his opponent with a firm Demon God Fist then swiftly follows up with Rampaging Demon.
Secret Technique: Hell Blaster
Kazuya pummels his opponent with three Electric Wind God Fists followed by a Rampaging Demon to Left Hook, then finishes the combo by kicking his opponent into the air and striking them with Hell Blaster.
Please check the in-game description for more details on Kazuya Mishima's abilities.
Warnings
*You can check the drop rates and contents of the Gacha in Drop Rates on the Gacha screen.
*If the Ranked Gacha is not displayed at the scheduled start time, please restart the app.
*The contents of the Ranked Gacha are subject to change without notice.
*Unclaimed Point Rewards will be sent to your Inbox if they are not claimed by the end of the Event.
Thank you for playing FIST OF THE NORTH STAR: LEGENDS ReVIVE.
To News List