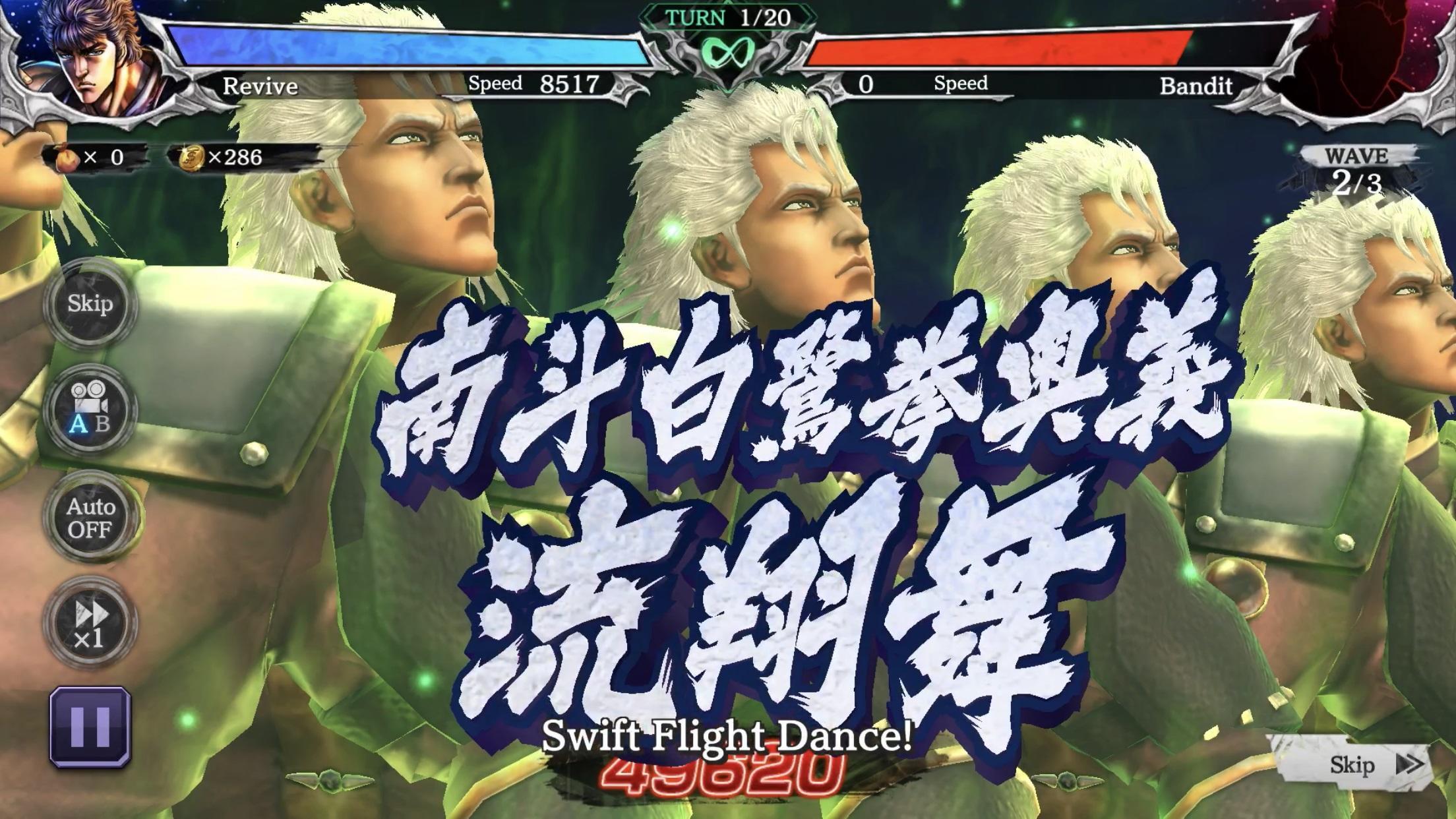 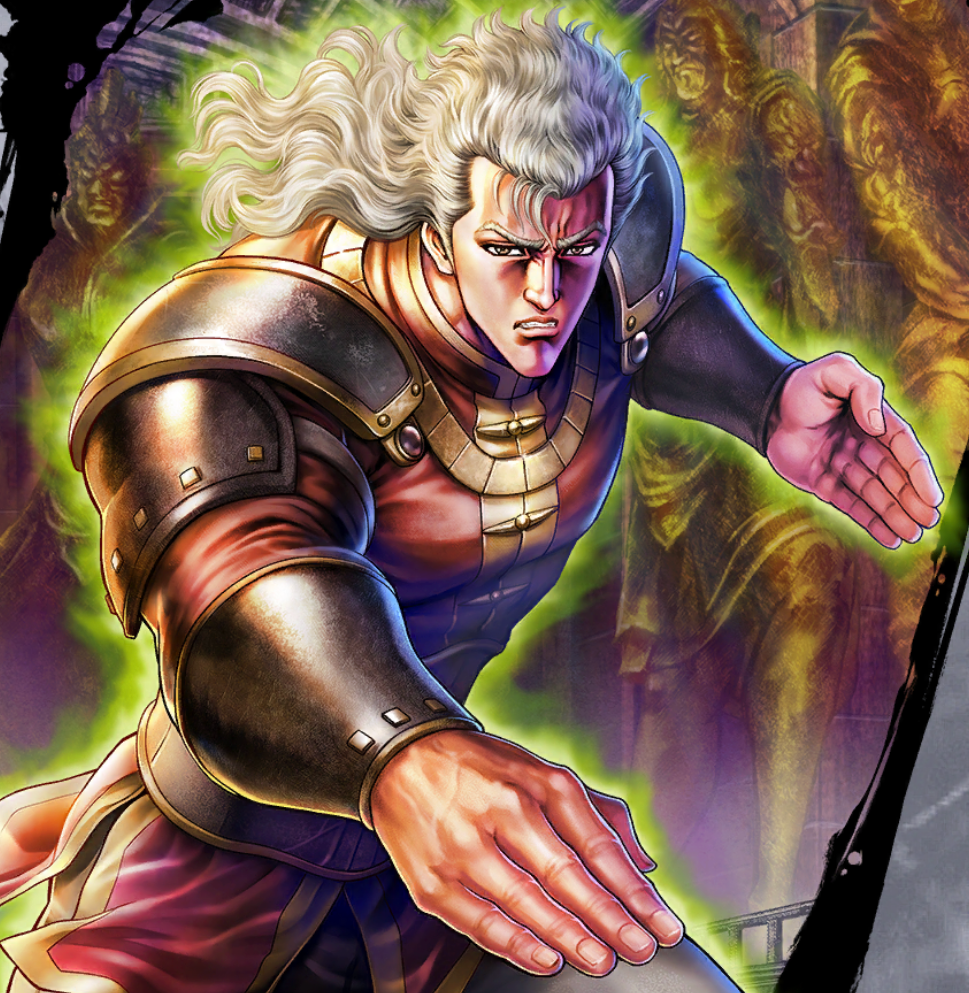 Fighter Information
Shew in his younger days before sacrificing the light in his eyes for Kenshiro. His glimmering eyes search deep into the future for someone to which he can entrust the fate of the Star of Benevolence. Surging with energy, he is incredibly skillful at executing Nanto Hakuroken techniques.
Special Technique: Nanto Fierce Slaying Heron
A Nanto Hakuroken technique where Shew thrusts both hands out, dicing up his opponent with a flurry of the gentlest of hand movements.
Secret Technique: Nanto Hakuroken Secret Technique: Swift Flight Dance
A Nanto Hakuroken Secret Technique where Shew pummels his opponent endlessly with a swift stream of blows until they are launched into the air. He then pierces straight through them as they fall back down.
Please check the in-game description for more details on Eyes of Faith Shew 's abilities.
Warnings
* You can check the drop rates and contents of the Gacha in Drop Rates on the Gacha screen.
* You can check the Bonus Slot pull rate on the Bonus tab in Drop Rates on the Gacha screen.
* If the Event Gacha: Eyes of Faith Shew is not displayed at the scheduled time, please restart the app.
* The contents of the Event Gacha: Eyes of Faith Shew are subject to change without notice.
Thank you for playing FIST OF THE NORTH STAR: LEGENDS ReVIVE.
To News List