We hope you are enjoying playing FIST OF THE NORTH STAR: LEGENDS ReVIVE.
The Successor of Nanto Shinchoken who was buried in history and carries the fate of the forgotten star. Golden-Winged Garuda joins the battle!
Spinoff Event Gacha: Golden-Winged Garuda is underway! 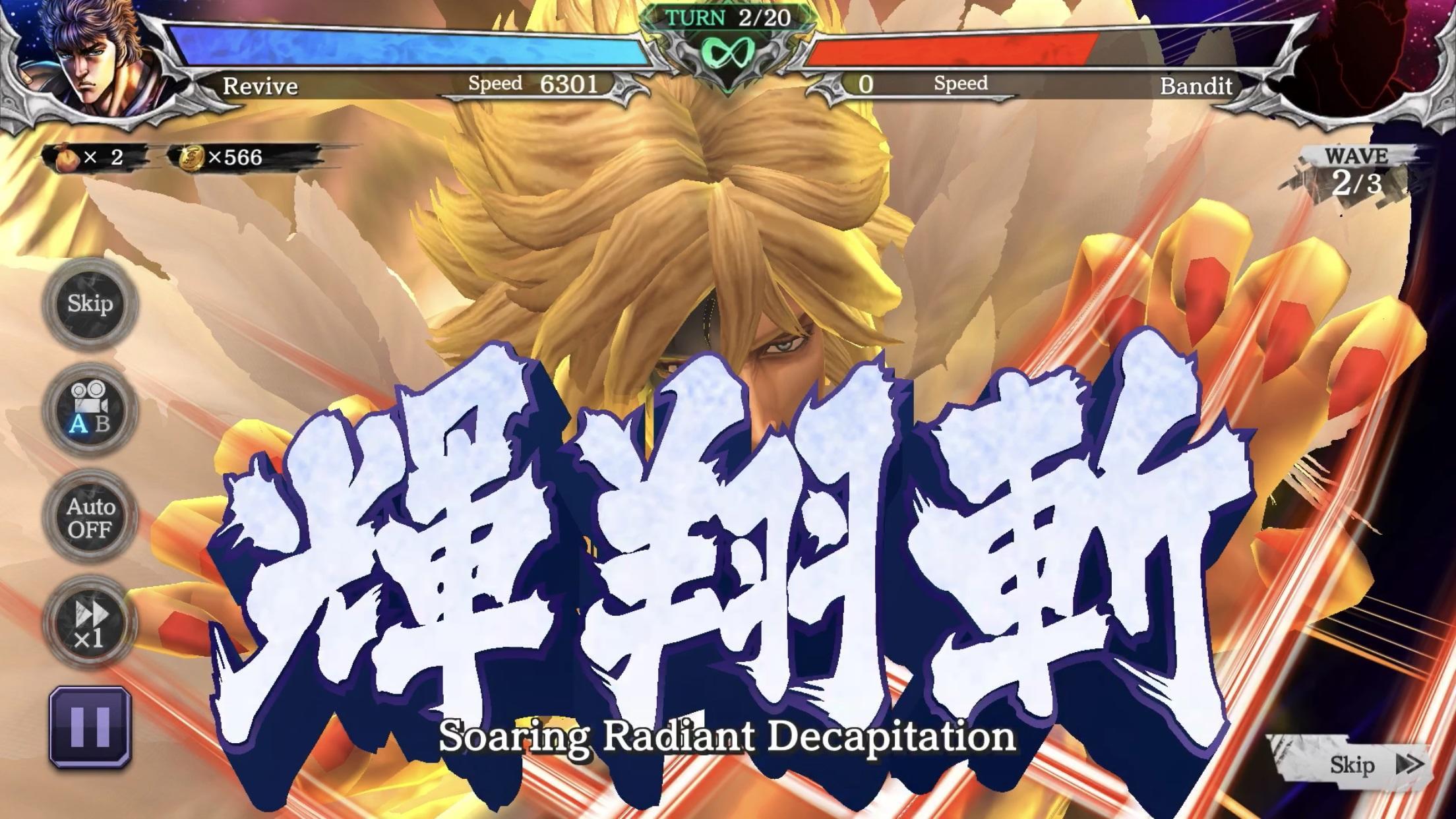 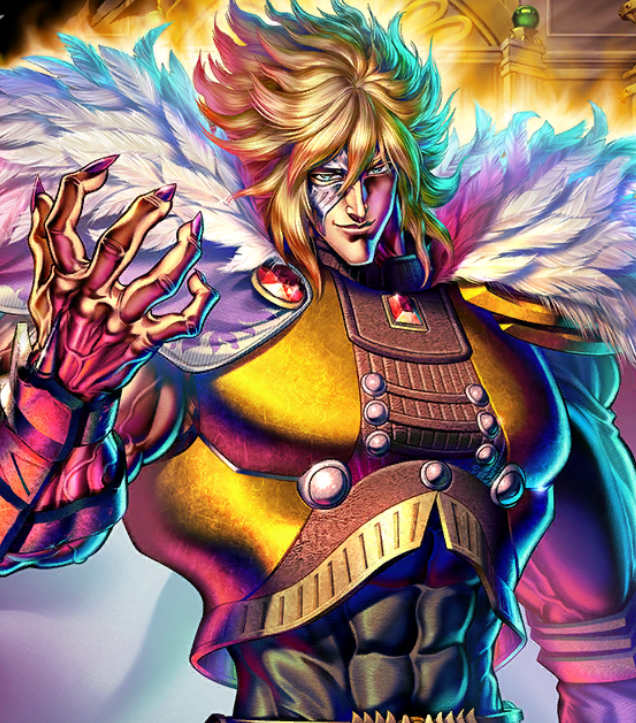 Profile
The Successor of Nanto Shinchoken who was buried in history and carries the fate of the forgotten star. His lethal flurry of light-speed punches is enough to burn his enemies with the friction of the blows. His mother, Binata was the previous Successor of Nanto Shinchoken and sacrificed her life for the sake of the village of Nanto Seiken. Frustrated that The Last Nanto General does absolutely nothing to change the world despite his mother's sacrifice, Garuda is determined to claim the General's seat of power.
Special Technique: Tessen Shoga
A Nanto Shinchoken technique where he deftly manipulates an iron fan held together with a thin wire to dice his opponents up.
Secret Technique: Soaring Radiant Decapitation
A Nanto Shinchoken Secret Technique where he soars high in the sky, using his sharp nails to create a vacuum. As he lands, he fills his hands with chi and strikes through the vacuum to shred his opponent, taking on the appearance of a majestic bird spreading its golden wings.
Secret Technique (after changing): Shining Soaring Thousand Crack Bullet
A Nanto Shinchoken Secret Technique where Garuda, bearing the Mask of Battle, executes a flurry of light-speed jabs to overpower his opponent. Channeling all his power, he delivers the final blow by drilling into his opponent with a compressed vacuum.
Abilities
Golden-Winged Garuda is a unique Fighter who revives himself when defeated and then changes his Secret Technique from Soaring Radiant Decapitation to Shining Soaring Thousand Crack Bullet!
His Unique Passive Skill enables him to revive himself at the start of his turn with 100% of his Max HP and 1000 Chi. Then, he activates Mask of Battle.
When Mask of Battle is active, his Secret Technique changes from Soaring Radiant Decapitation to Shining Soaring Thousand Crack Bullet!
He is capable of activating his Secret Technique at the start of his turn straight after reviving himself!
His Secret Technique Soaring Radiant Decapitation damages all enemies with the enemy Fighter with the highest Attack Power as the main target. He then inflicts all enemy Fighters with 1 Level of Bleed and has a 50% chance of inflicting 1 Level of Burn onto all enemy Fighters.
After changing his Secret Technique to Shining Soaring Thousand Crack Bullet, he lands a guaranteed Critical hit on the enemy Fighter on the Back Row with the lowest current HP. Before damage from this Secret Technique is dealt, he deals Additional Damage to the target of an amount equal to 40% of the target's Shield HP if the target has a Shield, enabling him to finish off a weakened target!
His Unique Passive Skill activates during battle and grants a certain percentage of his own Max HP to all ally Fighters excluding himself. He also grants a certain percentage of some of his stats to all ally Fighters excluding himself upon joining battle!
*This takes effect before all effects that activate upon joining battle but after Gokui HP increase effects. This does not stack with the same effect granted by Yuria when she is on the field. Prioritizes the effect with the highest potency.
In addition, Mask of Compassion activates if he is completely defeated while Mask of Battle is active when certain Fighters (The Last Nanto General or Yuria) exist in the enemy Party upon joining battle.
When Mask of Compassion is active, the Recovery of all enemy Fighters is reduced by 50% and their Secret Tech. Dmg Increase and Attack Power is reduced by 20% at the start of the enemy's turn for 1 turn. He also increases the Status Effect Resistance of 1 ally Fighter at random by 100% for 1 turn at the start of his turn.
Golden-Winged Garuda can change his Secret Technique in order to focus down one enemy with a powerful attack. His ability to buff the stats of ally Fighters in a similar way to Yuria makes him an exceptional Fighter!
Please check the in-game description for more details on Golden-Winged Garuda 's abilities.
Warnings
*You can check the drop rates and contents of the Gacha in Drop Rates on the Gacha screen.
*You can check the Bonus Slot pull rate on the Bonus tab in Drop Rates on the Gacha screen.
*If the Event Gacha is not displayed at the scheduled time, please restart the app.
*The contents of the Event Gacha are subject to change without notice.
Thank you for playing FIST OF THE NORTH STAR: LEGENDS ReVIVE.
To News List