We hope you are enjoying playing FIST OF THE NORTH STAR: LEGENDS ReVIVE!
The supreme form of Raoh, who sacrificed himself for his fist. Carrying the burden of love and sorrow, he mastered Hokuto Shinken’s Ultimate Secret Technique Subconscious Transmigration of Souls. UR Muso Tensei Raoh joins the battle!
The Ranked Gacha will be available during the 2nd Anniversary event period and ends on September 29, 2021 (Wed).
Rankings are calculated in several several separate Rounds. Users will get Rewards for each Round!
Ranked Gacha is underway! 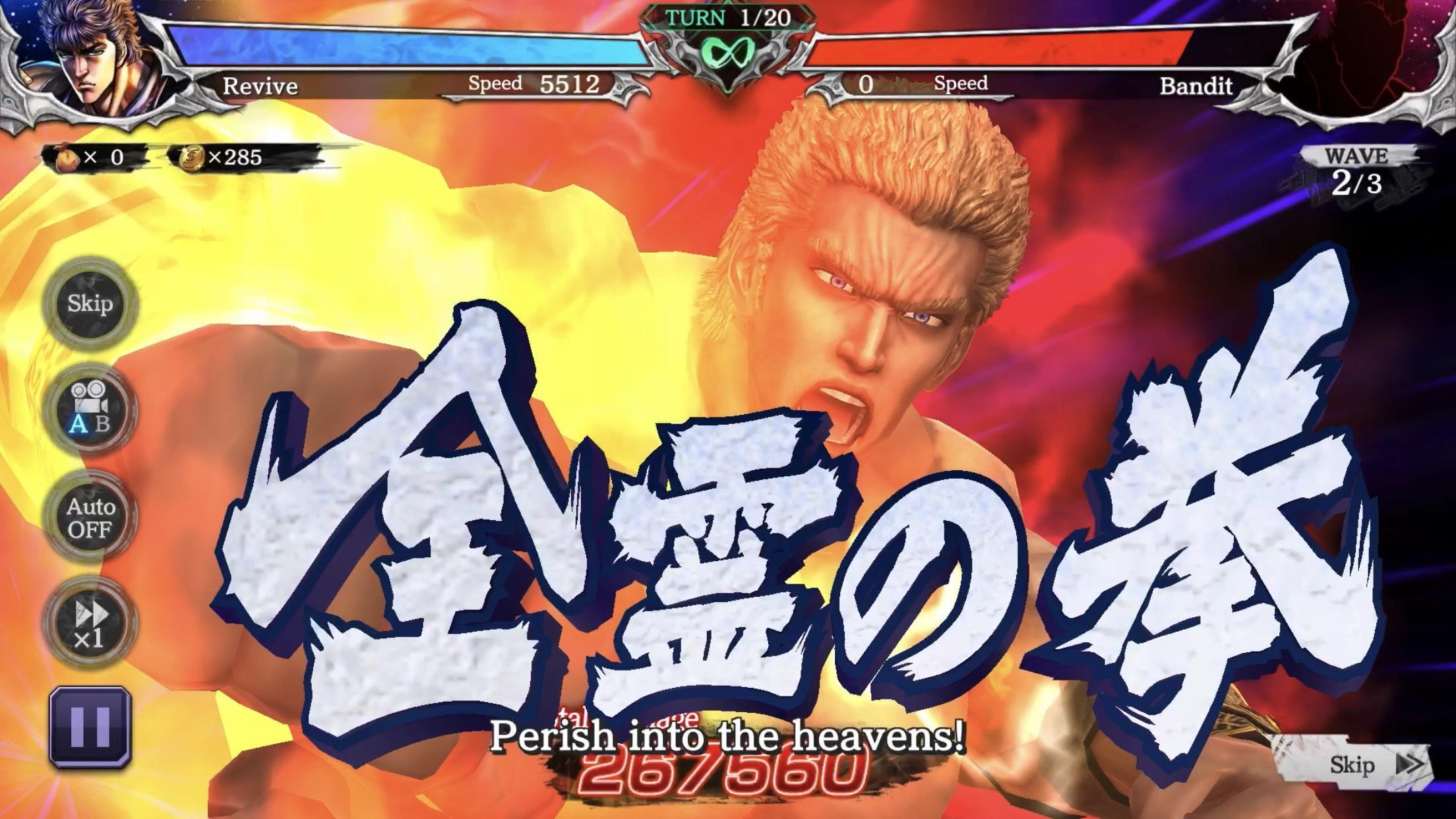 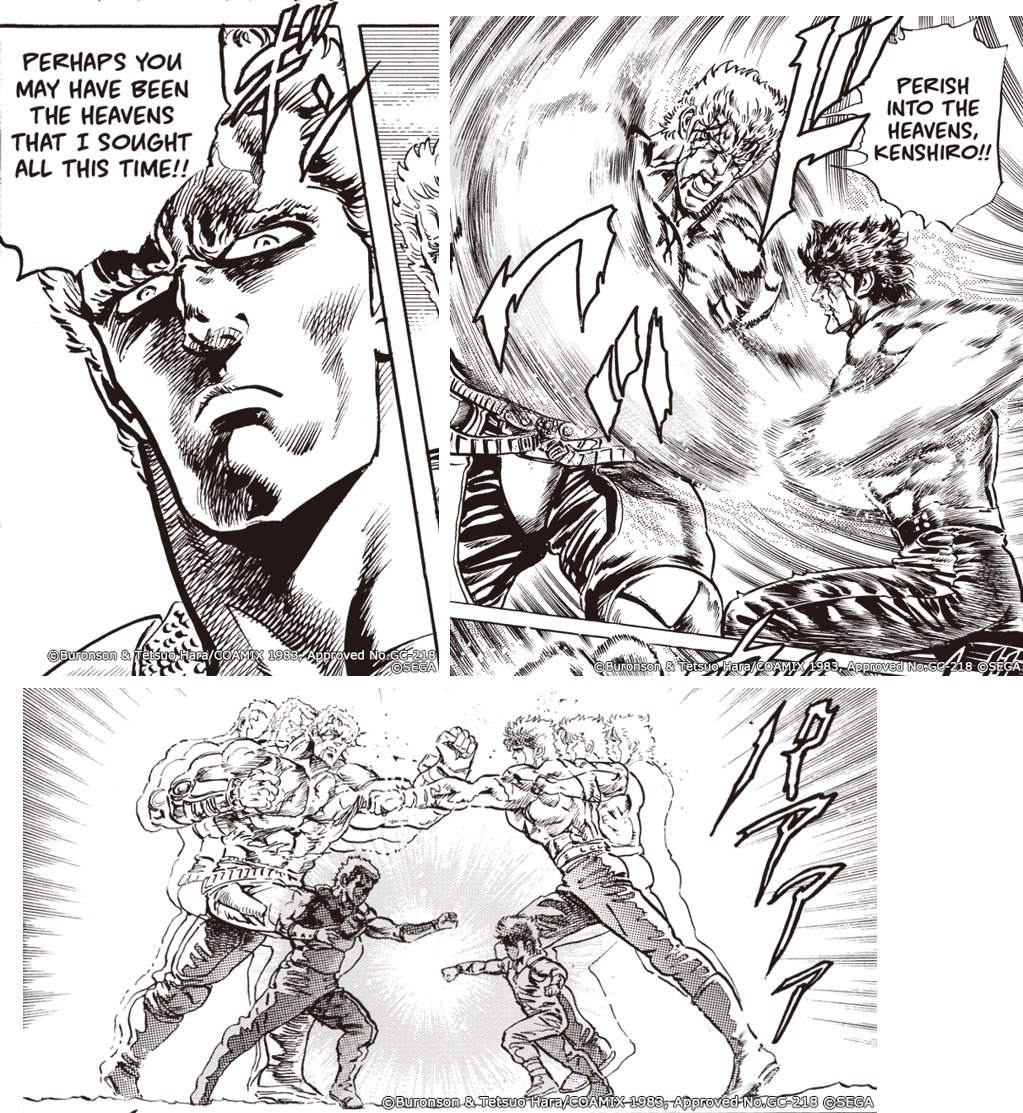 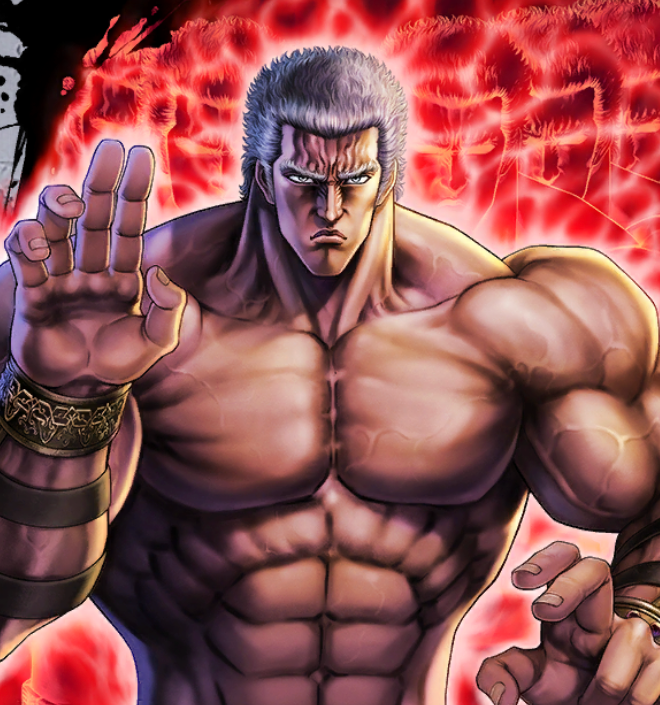 Profile
The supreme form of Raoh, who sacrificed himself for his fist. Carrying the burden of love and sorrow, he mastered Hokuto Shinken’s Ultimate Secret Technique Subconscious Transmigration of Souls. Upon realizing that Kenshiro was the key to the heavens for which he had yearned for so long, Raoh's power grew greater than that of Hokuto Shinken and he challenged his younger brother to what would become their final showdown.
Special Technique: Subconscious Transmigration of Souls!
Bearing the burden of love and sorrow, Muso Tensei Raoh unleashes a single deadly blow.
Secret Technique: Fist of One's Whole Soul
After an enormous amount of his Chi suddenly vanishes, he concentrates all his power, life-force and mind into one final attack that contains his entire soul. This is the final and strongest Secret Technique of Raoh, Conqueror of Century's End.
Abilities
Under certain circumstances, Muso Tensei Raoh's Unique Passive can revive him an unlimited number of times, enabling him to tank damage in a way never seen before!
Upon joining battle, if there are at least 3 ally Fighters including himself (excluding Support Characters and Fighters waiting to revive), he can revive himself at the start of his turn if defeated. Upon reviving, he will recover 100% of his Max HP and can revive multiple times!
*Each time he revives, he inflicts HP Block on himself equal to 50% of his current HP.
*Upon being defeated, he cannot revive if he is the last remaining Fighter in his Party on the field.
Upon joining battle, if the Party includes at least one Power, Technique and Life Type Fighter (including himself), increases the Critical Evasion Rate, Secret Tech. Dmg Reduction and Special Tech. Dmg Reduction of all ally Fighters by 40% and the Max HP of all ally Fighters by 60% for 4 turns.(Party Buff)
*This Party Buff cannot stack with other Party Buffs. Only the Party Buff with priority will take effect. This effect is not stackable.
His Secret Technique damages an enemy with Additional Damage of an amount equal to 350% of his Attack Power and 15% of his own Max HP. He also inflicts HP Block on them and reduces their Chi by 500!
This also increases the Chi of ally Fighters in the Back Row by 100！
His Special Technique deals damage in a straight line and, for 2 turns, reduces his targets' Additional Damage Reduction by 40% and deals Additional Damage to them of an amount equal to 25% of his Max HP.
He also gains Reflex. (Can activate up to 8 times per battle). This makes him a Fighter that excels at both attacking and defending!
Having a Unique Passive that enables him to revive over and over, a Special Technique that grants him Reflex and a Secret Technique that inflicts HP Block, Muso Tensei Raoh is a powerful Fighter with an ironclad defense and is capable of drastically reducing the Max HP of his opponents!
*Party Buff: An effect that activates upon meeting Party composition requirements. Party Buffs have an order of priority. The priority order is Muso Tensei Raoh > Muso Tensei Kenshiro > Fist of Strength Toki.
*HP Block: Reduces the Max HP of the inflicted Fighter. HP Block can have a max value of up to 99%. If a Fighter inflicted with HP Block is inflicted with another effect that affects the their max/min HP, the value of the HP Block is not affected. Even if inflicted with an effect which affects a Fighter's min/max HP, any HP Block value that exceeds 99% is ignored. (Continuous, stackable and cannot be removed. Continues after being revived.)
*Reflex: Increases his Damage Reduction by 100% for 2 turns. This amount is subtracted from the attacking enemy's Damage Increase for a max Damage Reduction of up to 80%. Ignores Status Effects and additional damage, excluding Devil Rebirth's Silence when they appear as a Boss in Quests. Reflex is removed when he receives damage, but is not removed if he only receives additional damage. This effect cannot be stacked.
Please check the in-game description for more details on Muso Tensei Raoh's abilities.
Warnings
*You can check the drop rates and contents of the Gacha in Drop Rates on the Gacha screen.
*If the Ranked Gacha is not displayed at the scheduled start time, please restart the app.
*The contents of the Ranked Gacha are subject to change without notice.
*Unclaimed Point Rewards will be sent to your Inbox if they are not claimed by the end of the Event.
Thank you for playing FIST OF THE NORTH STAR: LEGENDS ReVIVE.
To News List