We hope you are enjoying playing FIST OF THE NORTH STAR: LEGENDS ReVIVE.
Mounting Raoh’s beloved horse Kokuoh, Shoza, the son of Juza, rides off with his new companion. UR Shoza (Kokuoh) joins the battle!
Event Gacha New UR Fighter Introduction: Shoza (Kokuoh) is underway! 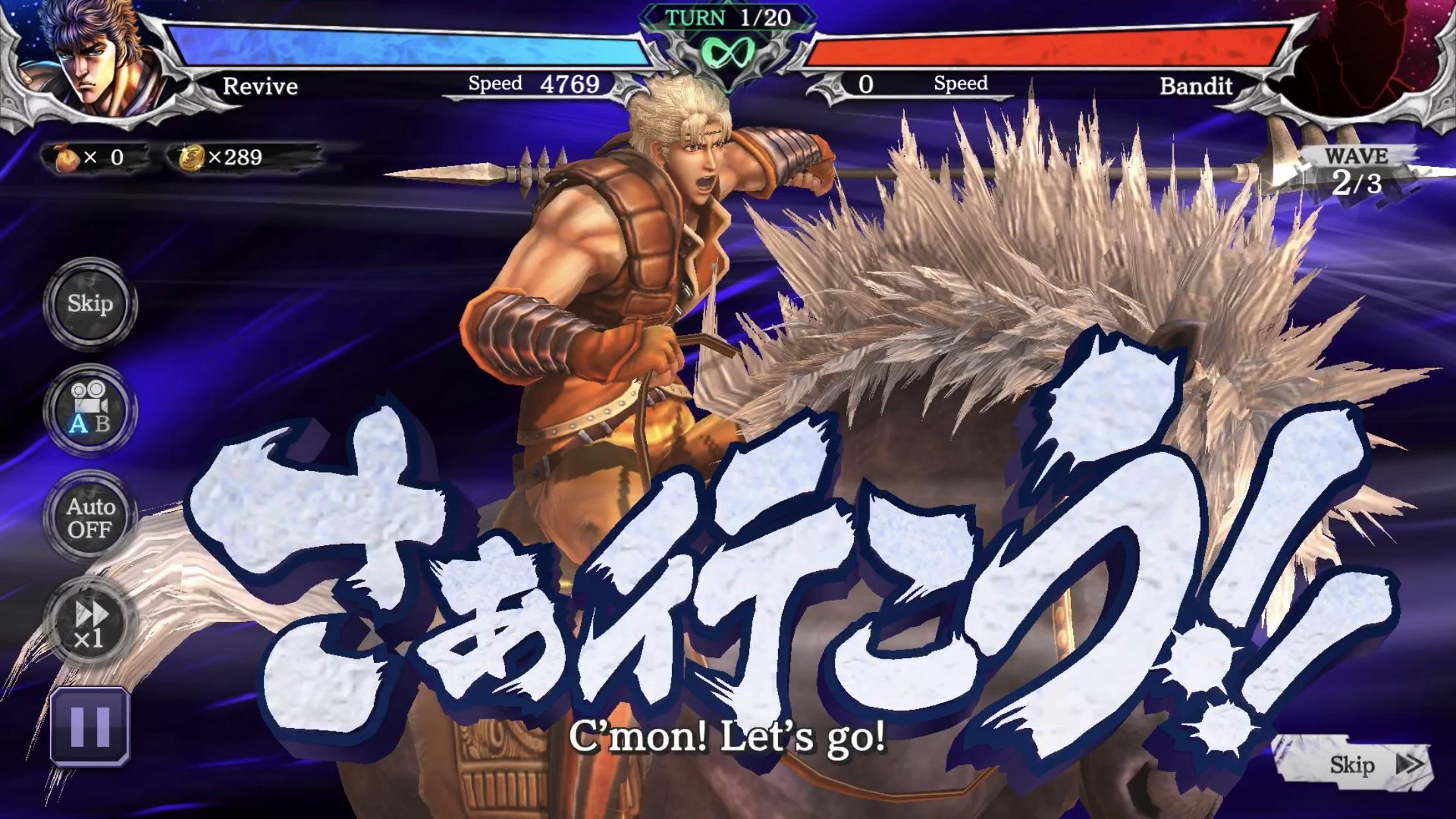 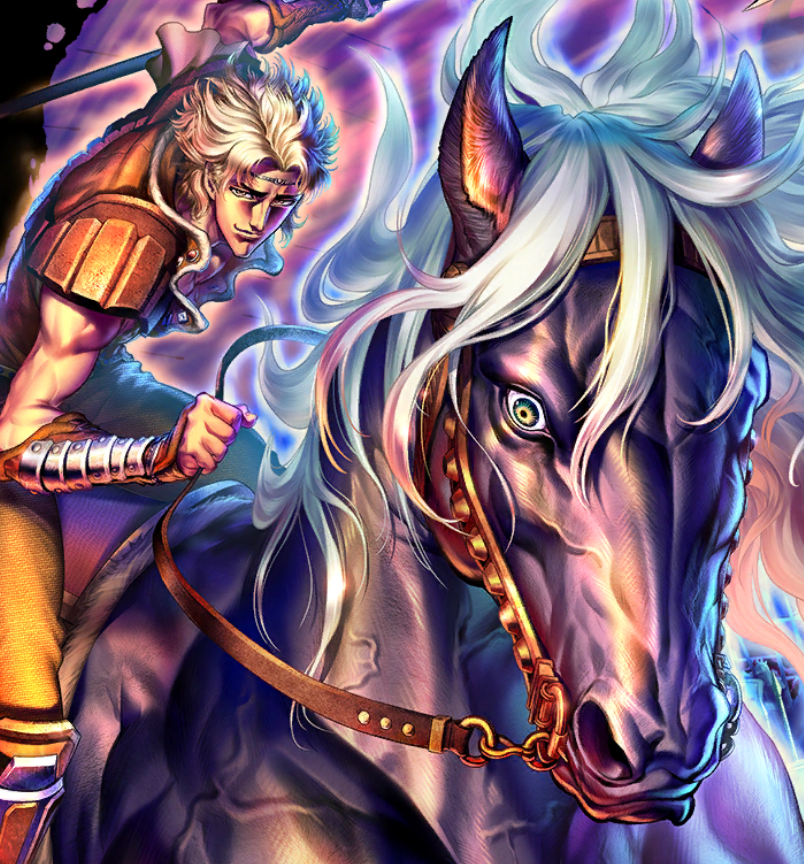 Fighter Information
Mounting Raoh’s beloved horse Kokuoh, Shoza, the son of Juza, rides off with his new companion. Disguised as a radiating smile is his intention to sacrifice his own life. With just Kokuoh by his side, Shoza faces the Punitive Troops who attacked the village, giving his life to revive Kenshiro's fighting spirit.
Special Technique: Kokuoh's Rage
Kokuoh lifts his front legs off the ground, rearing up with rage. The strong stallion then charges straight into his opponent with all his might.
Secret Technique: C’mon! Let’s go!
Kokuoh leaps into the air, trampling his opponent while Shoza shreds them to pieces with his spear. Kokuoh then charges straight into the enemy, kicking them about.
Abilities
Upon joining battle, Shoza (Kokuoh) is the first to buff his team by increasing his team's Speed by 5% before the turn order even begins!
As a Wind Gokui user, he is more likely to charge up his Secret Technique before others. By activating his Secret Technique, he increases the Damage Reduction and Secret Tech. Dmg Reduction of all ally Fighters by 15% and then increases said buffs by an additional amount equal to the turn no. x2% for 1 turn! (This effect is stackable with buff effects from other Fighters).
In addition, he, reduces the Additional Damage Reduction of all enemy Fighters by 10% and then by an additional amount equal to the turn no. x3% for 1 turn! (This effect is stackable with debuff effects from other Fighters).
He even reduces the Chi of all enemy Fighters by an amount equal to the turn no. x50, meaning that if his team battles first, he has the advantage for every turn he unleashes his Secret Technique!
His Upgraded Secret Technique has a 50% chance of inflicting Bleed onto all enemy Fighters!
By unleashing his Secret Technique, Shoza (Kokuoh) increases his Defense Power, Damage Reduction and Crit. Dmg Reduction by 15% for 2 turns.
His Unique Passive activates upon joining battle, increasing his Max HP by 15%, his Defense Power and Damage Reduction by 8%, and his Special Tech. Dmg Reduction, Secret Tech. Dmg Reduction and Crit. Dmg Reduction by 6% for each enemy Fighter on the field.
Increases his Damage Reduction by 5% for 1 turn every time an ally Fighter on the field uses a Secret Technique. (Stackable). This makes him a Fighter with endurance!
Please check the in-game description for more details on Shoza (Kokuoh)'s abilities.
Warnings
* You can check the drop rates and contents of the Gacha in Drop Rates on the Gacha screen.
* You can check the Bonus Slot pull rate on the Bonus tab in Drop Rates on the Gacha screen.
* If the Event Gacha is not displayed at the scheduled time, please restart the app.
* The contents of the Event Gacha are subject to change without notice.
Thank you for playing FIST OF THE NORTH STAR: LEGENDS ReVIVE.
To News List