We hope you are enjoying playing FIST OF THE NORTH STAR: LEGENDS ReVIVE!
It took one and a half years, but UR Fist of Glory Juza finally joins FotNS:LR!
Ranked Gacha is underway! 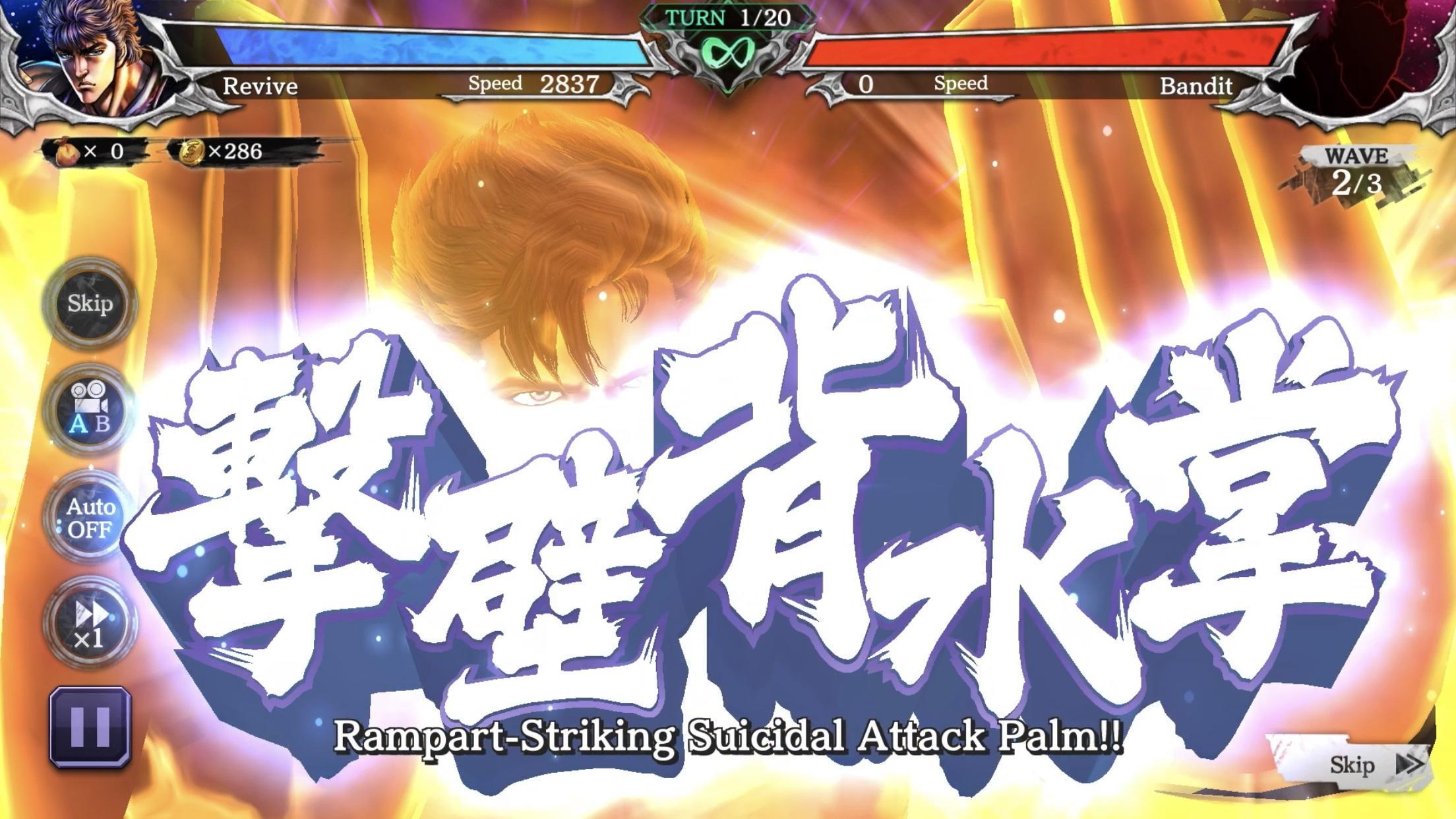 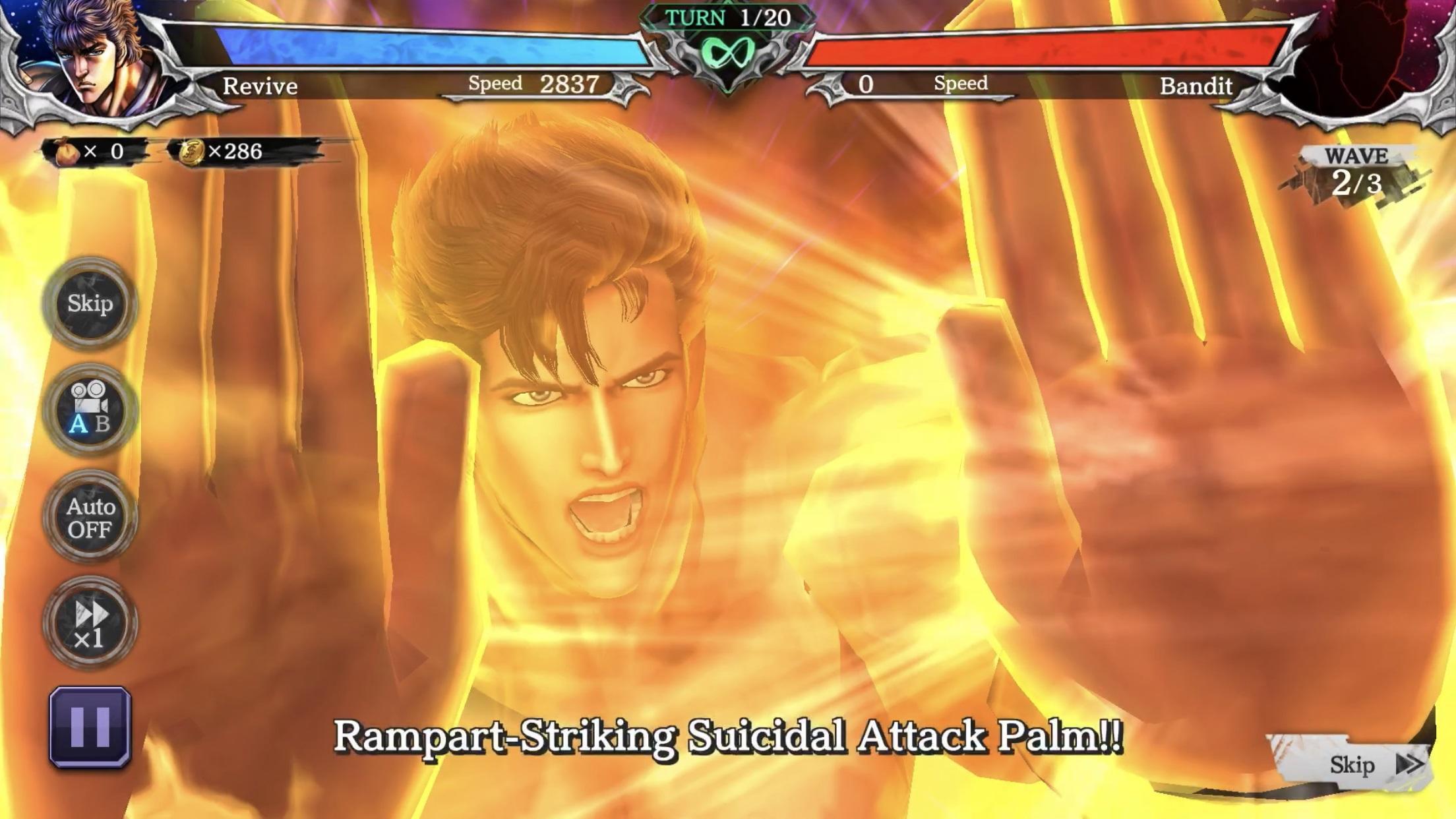 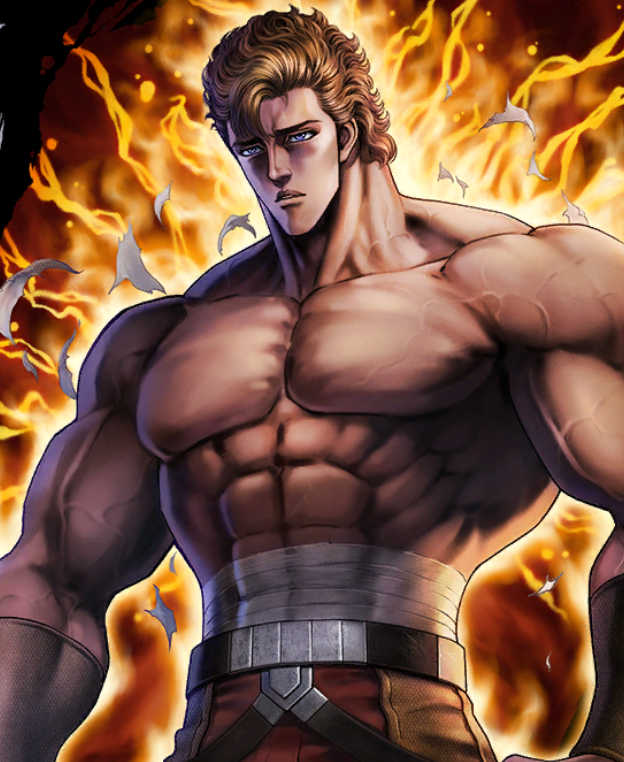 Juza, after he learns that Yuria is The Last Nanto General and decides to sacrifice his life for her. In an attempt to delay the advance of Ken-oh's Army, he takes on Raoh. To make full use of his Fist, he discards his armor and with it any hesitation he once had.
Fist of Glory Juza's Passive Skill increases his defensive capabilities. He can also inflict "Agro" on an opponent, causing them to target him while reducing the damage they deal by 50% for 1 turn, making him an effective tank.
Accumulates "Resolve" with each turn, increasing his Attack Power, Damage Increase and Critical Rate, resulting in his offensive capabilities increasing the longer a battle goes on!
If defeated, he inflicts "Disarm" on the enemy that defeated him, making him a Life Type Fighter with the ability to debuff as well as both offensive and defensive capabilities!
*Agro (Forces the afflicted Fighter to target the Fighter that inflicted them with Agro using either their normal attack, Special Technique or Secret Technique, for 1 turn. This effect also applies to attacks that have priority. Damage from Fighters with Agro is reduced by 50%. Additional damage from Fighters with Agro is reduced by 30%.)
*Resolve (Increases Attack Power and Damage Increase by 5% and Critical Rate by 10% for each Level gained. This effect is not affected by buff removal. Continues after being revived. Max of 10 Levels.)
*Disarm (Reduces Attack Power and Defense Power by 50% and Recovery by 60%. Cannot be removed. Continues after being revived. Not applicable to Ken-oh or Raoh if their Seven Stars have been unlocked up to 4-stars or higher.)
His Special Technique damages an enemy Fighter in the Back Row at random and has a 60% chance to inflict Agro!
It also increases the Chi of all ally Fighters in the Front Row (incl. himself) by150!
If the target has a Shield, it deals additional damage equal to 20% of the target's max HP.
Additionally, if this Special Technique is activated before his 4th turn, he gains a Shield equal to 80% of the total HP he has lost!
His Secret Technique damages an enemy and increases his own Defense Power, Damage Increase and Damage Reduction by 15% for 2 turns.
Additionally, he gains 1 Level of Resolve. 5% of his Max HP is consumed for each Level of Resolve gained but in return he deals an equal amount of additional damage to the target!
It also deals additional damage to the target equal to 200% of Fist of Glory Juza's Defense Power plus 15% for each level of Resolve he has, meaning it can potentially deal greater damage each time he unleashes it.
When their Seven Stars are unlocked up to 4-stars or higher, his Passive Skill "My life is yours to command!!" is unlocked, which increases his Max HP by 60%, and his Defense Power and Status Effect Resist Rate by 50% upon joining battle.
Additionally, it increases his Defense Power and Damage Reduction by 10% each time he is attacked by an enemy (Up of 5 times). When combined with the effect of Agro, Fist of Glory Juza's defense capabilities increase the more he's attacked.
It also increases his Damage Reduction and Secret Tech. Dmg Reduction by 40% for 3 turns (Continues after being revived) helping him to withstand even the powerful Secret Techniques!
At the beginning of his turn, Fist of Glory Juza gains 1 Level of Resolve, a Shield equal to 5% of his Max HP for each Level of Resolve he has and 50 Chi (Max 300)!
If he has 5 or fewer Levels of Resolve at the beginning of his turn, inflicts Agro on 1 random enemy Fighter in the Front Row. If he has 6 or more Levels of Resolve, Status Effects(Excluding Devil Rebirth's Silence when they appear as a Boss in Quests) are removed from him.
If his current HP is 50% or less, gains a Shield equal to 100% of his Max HP. Also increases his Defense Power and Crit. Dmg Reduction by 30%.
Additionally, increases his Recovery by 100% for 3 turns (Continues after being revived), and gains 2 Levels of Resolve (Once per battle).
If defeated, he inflicts Disarm on the enemy that defeated him, weakening them!
With "Resolve" that increases his offensive capabilities with each Level gained and a Passive Skill that increases his defensive capabilities,
Fist of Glory Juza is a Fighter that can do both offense and defense, while becoming even stronger the longer a battle continues!
Warnings
*You can check the drop rates and contents of the Gacha in Drop Rates on the Gacha screen.
*If the Ranked Gacha is not displayed at the scheduled start time, please restart the app.
*The contents of the Ranked Gacha are subject to change without notice.
*Unclaimed Point Rewards will be sent to your Inbox if they are not claimed by the end of the Event.
*Rankings are calculated at the end of the Event. Ranking Rewards will be sent to your Inbox.
Thank you for playing FIST OF THE NORTH STAR: LEGENDS ReVIVE.
To News List