We hope you are enjoying playing FIST OF THE NORTH STAR: LEGENDS ReVIVE.
UR Kenshiro Kasumi from the Fist of the Blue Sky Crossover returns!
Crossover Event Gacha: Kenshiro Kasumi is underway! 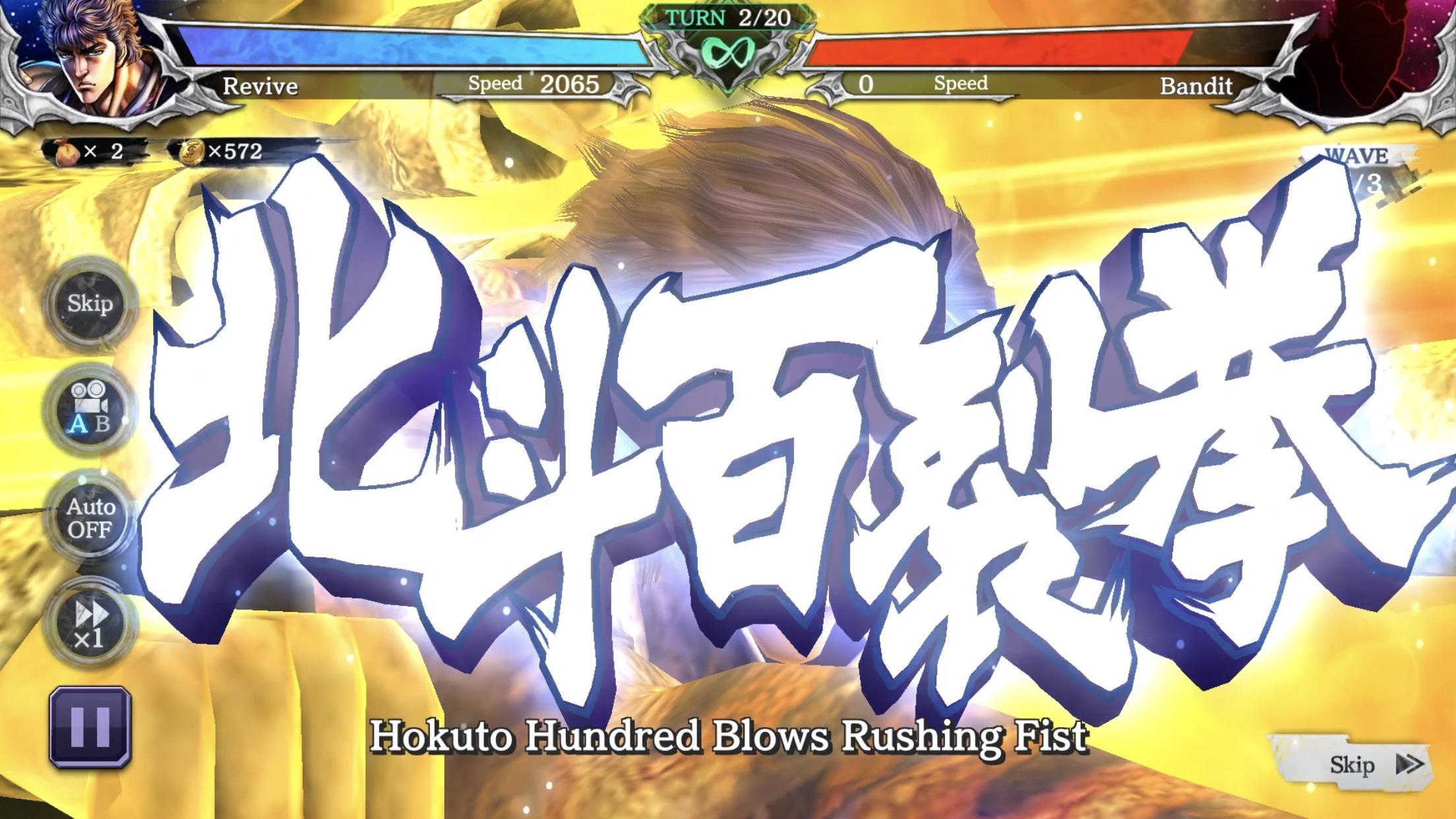 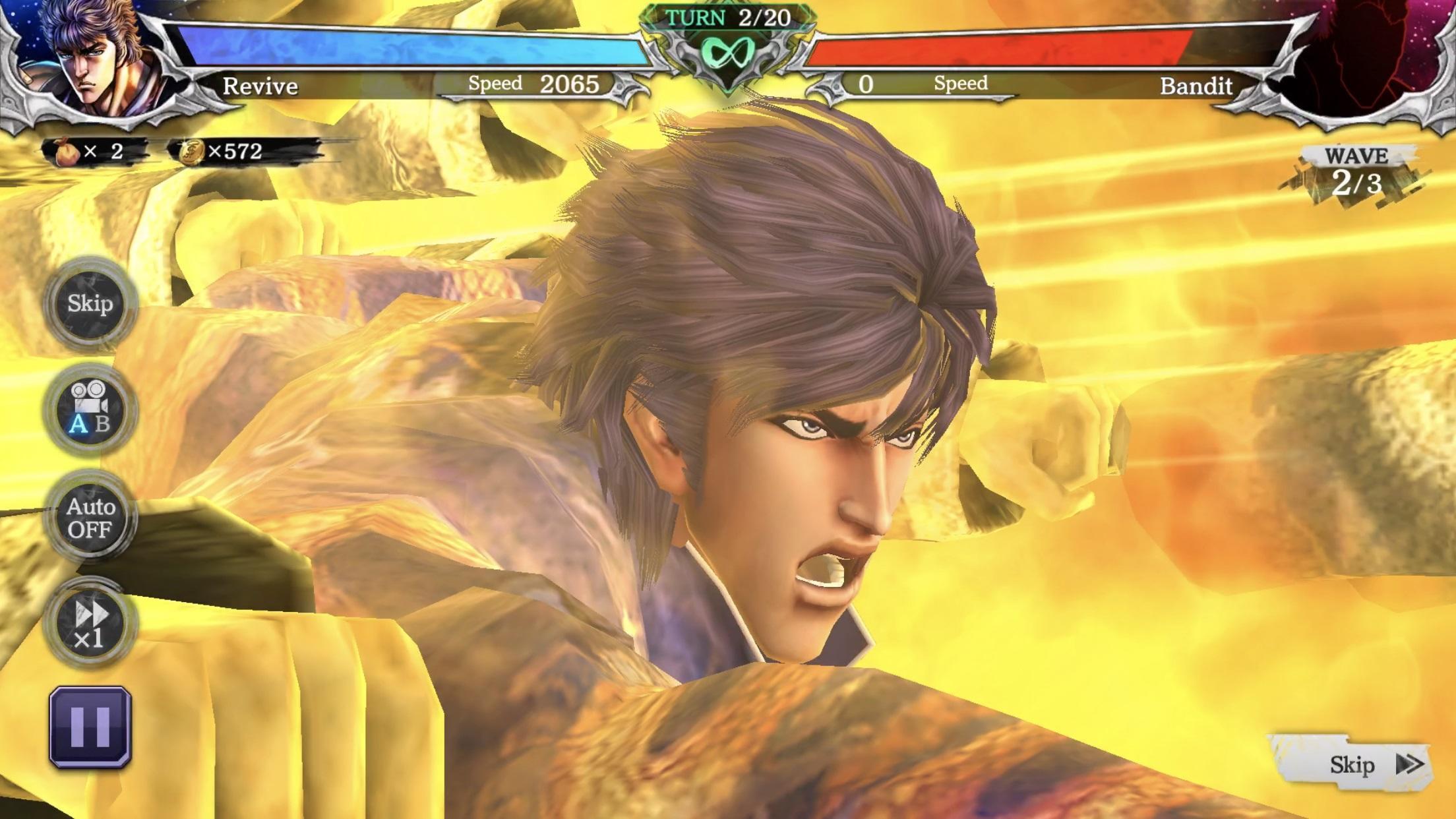 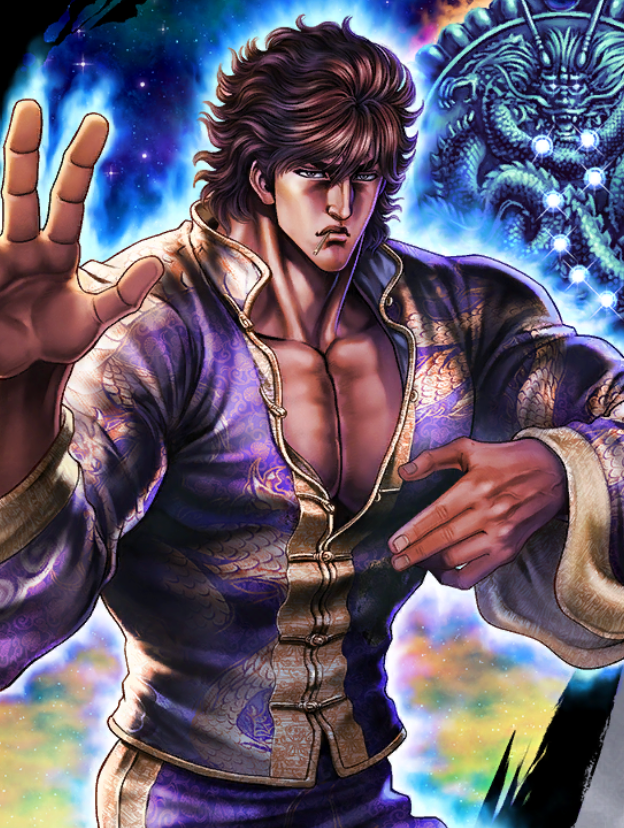 The 62nd successor of Hokuto Shinken. Before the fall of human civilization to the nuclear apocalypse, he was known and feared in the city of Shanghai as "Yan Wang" (King of Hell).
He is Ryuken's brother and Kenshiro's namesake. In Shanghai, the city of sin, he fights for his Pengyou (friends) and for Yu-Ling, the women he loves.
Kenshiro Kasumi's Secret Technique deals additional damage to enemy Fighters with Shields, his Special Technique can inflict Status Effects and deal additional damage, his Passive Skill partially recovers his HP, gives him a Shield (once per battle) and, if defeated, revives him once, making him an effective Fighter both offensively and defensively!
His Secret Technique damages the enemy Fighter in the Front Row with the lowest current HP percentage and deals additional damage if the target has a Shield, making it particularly effective against enemies with Shields!
It also deals additional damage to the target equal to 120% of his own Attack Power!
Additionally, it deals damage equal to 30% of the damage inflicted on the target to the enemy directly behind the target (not including additional damage) making it good for dealing damage not only to powerful enemies in the Front Row, but also those behind them.
His Special Technique deals damage that cannot be blocked by Guard or Skill Guard and also deals additional damage equal to 15% of the target's Max HP.
It also increases his Special Tech. Activation Rate and Special Tech. Dmg Increase by 20% each time he activates his Special Technique (Max 60%), and gives him a Shield equal to 45% of his Max HP (up to three times per battle)!
After activating his Special Technique, inflicts Shatter (Reduces the target's Damage Reduction, Secret Tech. Dmg Reduction and Special Tech. Dmg Reduction by 20% and prevents the use of Guard and Skill Guard for 2 turns. Cannot be removed.) on the target, making it particularly handy against enemies with high defense.
* If the target is already inflicted with Shatter, deals additional damage equal to 15% of the target's Max HP.
When his Seven Stars are unlocked up to 4-stars or higher, his Passive Skill "Loyalty to Pengyou" is unlocked which, upon joining battle, increases the Additional Damage Reduction of all ally Fighters if there are 4 or more ally Fighters on the field. It also ignores his Chi reduction, increases his Attack Power, Damage Increase, Secret Tech. Dmg Increase and Secret Tech. Dmg Reduction by 25% and increases his Critical Rate by 40% for 2 turns!
Additionally, if his current HP is 50% or less, it recovers 80% of his Max HP and gives him a Shield equal to 80% of his Max HP (once per battle).
If Kenshiro Kasumi is defeated in battle, it auto-revives him once with 60% Max HP and 1000 Chi!
If Kenshiro Kasumi is auto-revived, it increases his Attack Power and Damage Increase by 25%, Critical Rate by 60%, and Secret Tech. Dmg Increase and Special Tech. Dmg Increase by 40% and his Special Technique becomes active upon his first turn after being auto-revived. If his Special Technique has any Shields left, if activated he can gain a Shield as well!
On top of this, if 2 or more ally Fighters (incl. himself) have the same Gokui (Wind, Fire, Water or Earth), he gains buffs depending on the Gokui type.
When placed in the Back Row, his Gokui type changes depending on the Gokui type of the Fighter directly in front of him!
This means he can make take advantage of buffs in a wide variety of tactical situations depending on the Party composition!
With the ability to inflict "Shatter", Kenshiro Kasumi is a Fighter that can weaken tougher enemies, while his Secret technique makes him effective against shielded ones. This, along with his ability to auto-revive, recover and gain a Shield, makes him a terrific all-rounder!
Warnings
* You can check the drop rates and contents of the Gacha in Drop Rates on the Gacha screen.
* You can check the Bonus Slot pull rate on the Bonus tab in Drop Rates on the Gacha screen.
* If the Event Gacha is not displayed at the scheduled time, please restart the app.
* The contents of the Event Gacha are subject to change without notice.
Thank you for playing FIST OF THE NORTH STAR: LEGENDS ReVIVE.
To News List