We hope you are enjoying playing FIST OF THE NORTH STAR: LEGENDS ReVIVE.
Master of Hokuto Ryuken who sent Raoh, Toki and Kenshiro to Ryuken when they were children, UR Jukei returns!
Event Gacha Jukei is underway! 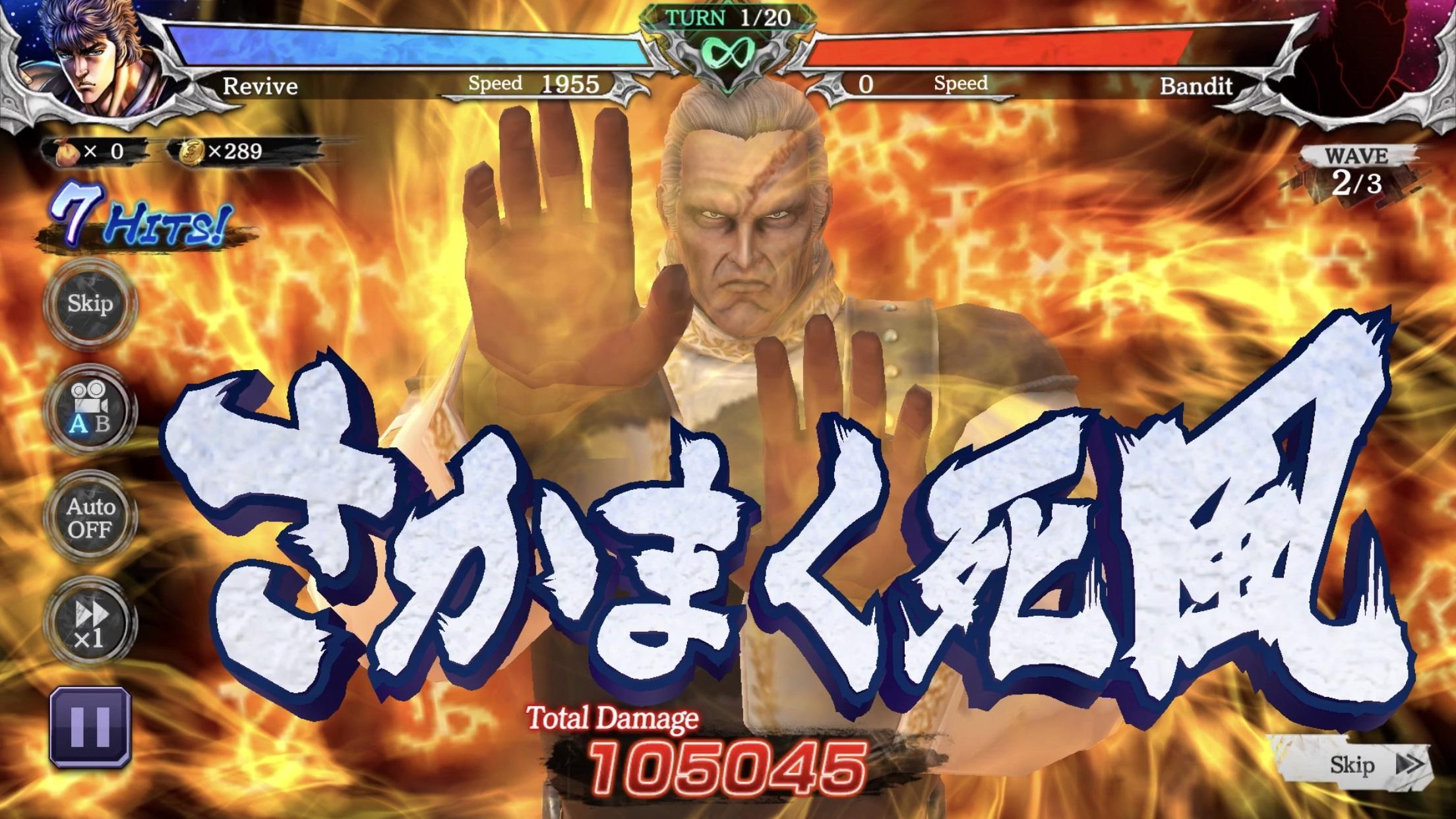 ■ Schedule
February 12, 2021 (Fri) at 20:00 UTC - February 17, 2021 (Wed) at 19:59 UTC.
■ Event Details
The Event Gacha that is currently underway features UR Jukei.
Each time you pull from this Gacha you will receive 6 Items. You can pull for free once per day.
Furthermore, there is a certain chance to pull a bonus slot. Get certain Fighters, such as UR Jukei, from the bonus slot.
On top of this, depending on the number of pulls you make in the Event Gacha, get glorious Rewards such as 4-star UR Jukei and (All) Fighter Shards from the Event Gacha Bonus that is underway at the same time.
■ Jukei 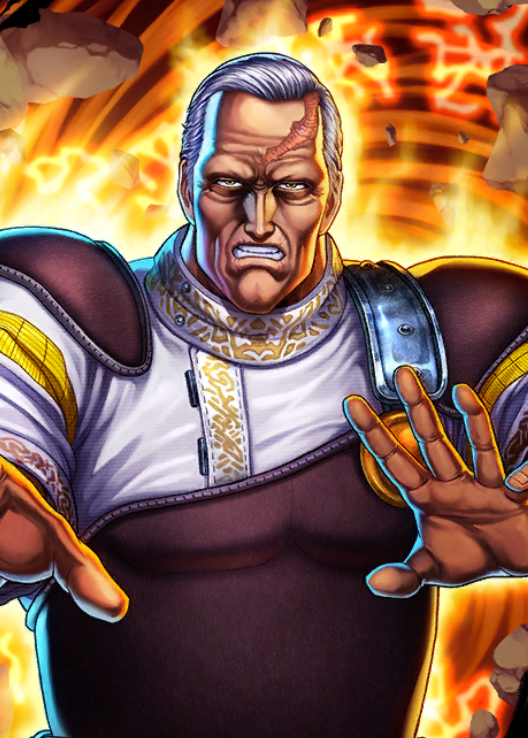 Master of Hokuto Ryuken who sent Raoh, Toki and Kenshiro to Ryuken when they were children.
Long ago, he sealed away Hyoh's memories to keep the existence of the Hokuto Clan Main Lineage's hidden technique a secret.
He's now come to unseal those memories to pass the technique down to Kenshiro.
Jukei's Unique Passive Skill and Secret Technique buff ally Fighters!
He increases the Defense Power of Life Type ally Fighters, helping them last longer, while his Secret and Special Techniques target specific enemy Fighters, making Jukei effective both offensively and defensively!
When his Seven Stars are unlocked up to 4-stars or higher, his Passive Skill "Funeral Armor" is unlocked, which increases the Max HP of ally Fighters in the Front Row, upon joining battle, makes his Special Technique active, and ignores Chi Reduction for 1 turn.
It also increases his Damage Increase by 30% and Damage Reduction by 60%, increases his Damage Increase by 5% at the beginning of each turn from his 2nd turn (Max 30%) and, upon joining battle, increases his Attack Power by 2% and his Defense Power by 5% for every ally Fighter on the field!
If his current HP is 50% or less, both Jukei and the ally Fighter with the current lowest HP percentage (not incl. himself) gain a Shield equal to 70% of Jukei's Max HP, and recover 70% of their respective Max HP (this effect can activate twice per battle), helping ally Fighters last longer!
When placed in the Front Row, his Secret Tech. Dmg Reduction and Special Tech. Dmg Reduction are increased. When placed in the Back Row, his Secret Tech. Dmg Increase and Special Tech. Dmg Increase are increased. Both effects last for 3 turns, making him an effective Fighter regardless of the row he's in!
Additionally, his Unique Passive Skill has a chance to inflict Silence on 1 enemy Fighter at random. This Status Effect takes effect after any Status Effect removing effects at the beginning of a turn, making it handy for interfering with enemy Fighters' Secret Techniques!
His Secret Technique damages the enemy Fighter with the highest Attack Power!
If the target is a Power Type Fighter, deals additional damage equal to 80% of Jukei's Attack Power. If they're a Technique Type Fighter, deals 40% additional damage. Effective against the enemy's heavy-hitters!
It also increases Jukei's Damage Increase and Damage Reduction for 2 turns. Increases the Damage Increase of all Power Type ally Fighters by 15% for 2 turns. Increases the Attack Power of all Technique Type ally Fighters (incl. himself) by 10% for 2 turns. Increases the Defense Power of all Life Type ally Fighters by 20% for 2 turns. Inflicts Incantation (Reduces Damage Increase and Damage Reduction by 30% for 1 turn. Cannot be removed.) on the target while also reducing their Chi by 150. Great at buffing ally Fighters while also debuffing the enemy at the same time!
His Special Technique damages an enemy, prioritizing enemy Fighters inflicted with Incantation!
This allows him to focus on enemies that have survived his Secret Technique and if the target is inflicted with Incantation it also reduces their Chi Increase by 60% for 1 turn, making Jukei effective at neutralizing powerful enemies.
*Chi Increase effect is not applicable to Hyoh if his Seven Stars have been unlocked up to 4-stars or higher.
It also deals more damage as well as additional damage to the target depending on their current HP.
Additionally, it increases Jukei's Chi by 300 while reducing the target's Chi by 150!
Warnings
* You can check the drop rates and contents of the Gacha in Drop Rates on the Gacha screen.
* You can check the Bonus Slot pull rate on the Bonus tab in Drop Rates on the Gacha screen.
* If the Event Gacha is not displayed at the scheduled time, please restart the app.
* The contents of the Event Gacha are subject to change without notice.
Thank you for playing FIST OF THE NORTH STAR: LEGENDS ReVIVE.
To News List