We hope you are enjoying playing FIST OF THE NORTH STAR: LEGENDS ReVIVE.
A pair of skilled Shura and minions of Kaiser, who still wear masks despite having been given names, UR Sha & Zan join the battle!
Event Gacha New UR Fighter Introduction: Sha & Zan is underway! 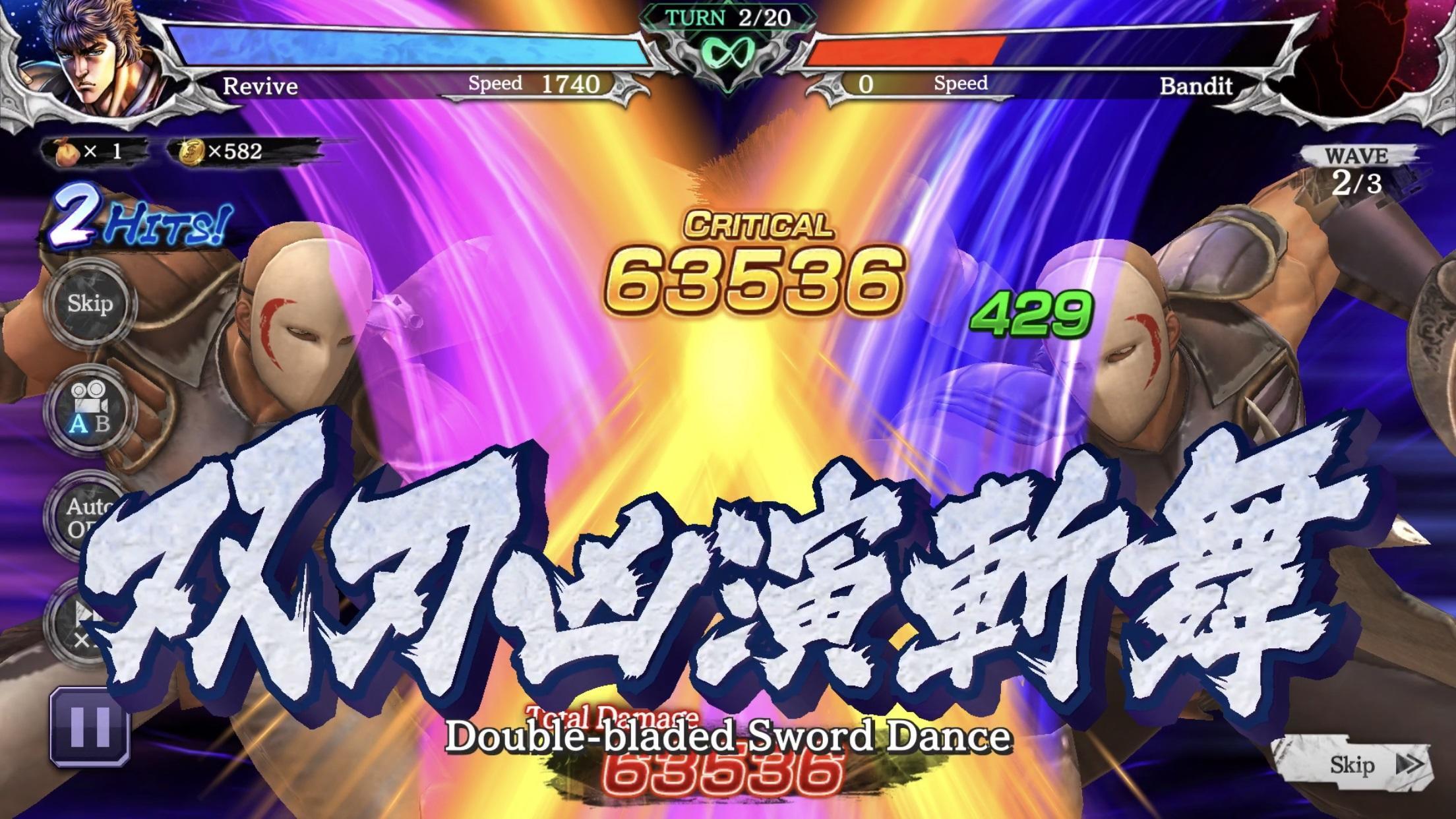 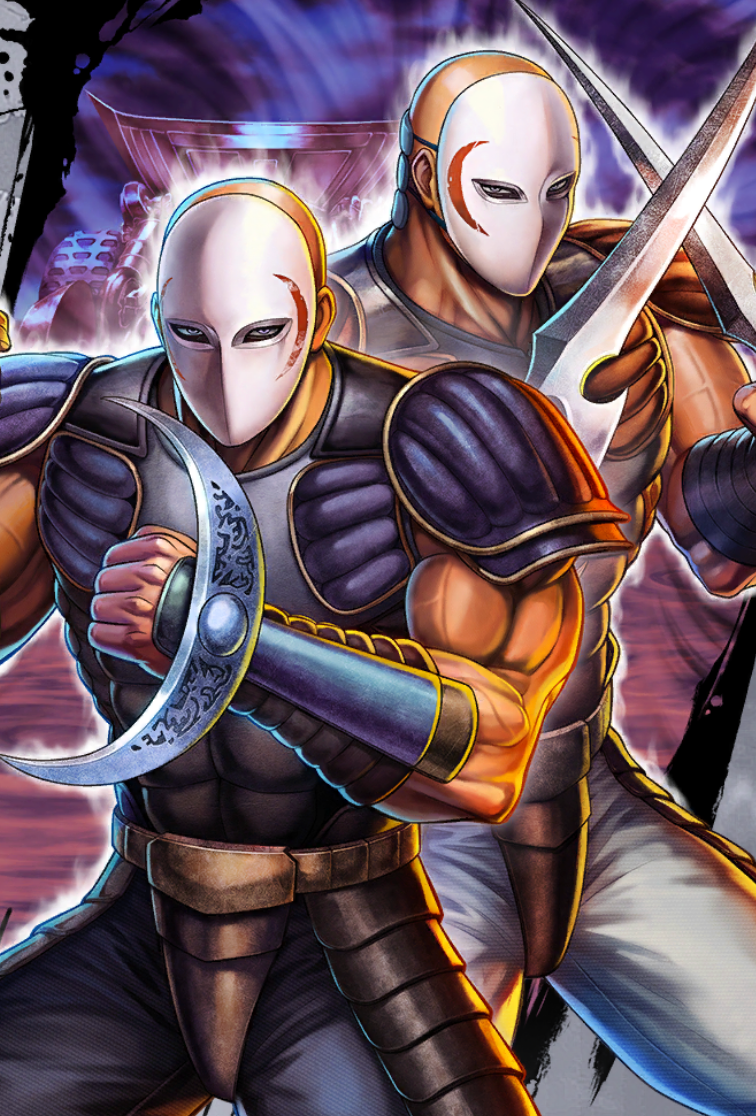 A pair of skilled Shura and minions of Kaiser, they still wear masks despite having been given names.
They surround their enemy in a pincer attack, attacking together with synchronized timing. Under orders from Kaiser, they confront Shachi.
Sha & Zan buff Power Type and Technique Type ally Fighters, while gaining various buffs themselves depending on the current turn!
When their Seven Stars are unlocked up to 4-stars or higher, their Passive Skill "Polar Opposite Shura" is unlocked, which increases their Attack Power and Defense Power during battle and increases their Max HP by 100%!
It also increases the Attack Power of all Power Type ally Fighters by 15% (excl. themselves) and the Defense Power of all Technique Type ally Fighters by 30%, improving the fighting strength of your Party!
Sha & Zan gain buffs with each successive turn. On their 2nd and 4th turns, their Attack Power, Defense Power and Critical Rate increase by 15% (stackable) and their Chi is increased by 500, making it easier to activate their Secret Technique on these turns!
They also recover 20% of their Max HP at the start of every turn!
If their current HP is 50% or less, they gain a Shield equal to 50% of their Max HP once per battle!
Their Secret Technique damages an enemy and increases Sha & Zan's Damage Increase, Damage Reduction and Damage Absorption for 2 turns.
It also ignores 30% of their target's Damage Reduction and deals additional damage equal to 80% of Sha & Zan's Attack Power to any enemy Fighters inflicted with Bleed.
Additionally, depending on the current turn, they gain increases to either their Critical Rate, Crit. Dmg Increase, Special Tech. Dmg Increase or Secret Tech. Dmg Increase for 2 turns after their Secret Technique is activated!
The longer the battle, the more powerful their Secret technique and the more effective they become!
When activated, their Special Technique damages not only the targeted enemy but also any enemy Fighter positioned diagonally behind them!
It increases Sha & Zan's Attack Power and Defense Power by 15% and their Special Tech. Activation Rate by 25% for 2 turns. Increases their Chi by 200, giving them more opportunities to activate their Special and Secret Techniques! It also reduces the target's Chi by 200 and inflicts Bleed on enemy Fighters that receive damage. Thanks to this, their Secret Technique can deal even more damage!
Sha & Zan are a pair of Fighters that can give your Party an edge during protracted battles thanks to the effects of their Secret Technique and Unique passive Skill, and their Special Techniques's ability to inflict Bleed!
Warnings
* You can check the drop rates and contents of the Gacha in Drop Rates on the Gacha screen.
* You can check the Bonus Slot pull rate on the Bonus tab in Drop Rates on the Gacha screen.
* If the Event Gacha is not displayed at the scheduled time, please restart the app.
* The contents of the Event Gacha are subject to change without notice.
Thank you for playing FIST OF THE NORTH STAR: LEGENDS ReVIVE.
To News List