We hope you are enjoying playing FIST OF THE NORTH STAR: LEGENDS ReVIVE.
A District General of the Land of Shura and battle-hardened Fighter who has won over 1,800 fights as a Shura, UR Kaiser returns!
Event Gacha Kaiser is underway!

■ Schedule
October 12, 2020 (Mon) at 20:00 UTC - October 17, 2020 (Sat) at 19:59 UTC.
■ Event Details
The Event Gacha that is currently underway features UR Kaiser.
Each time you pull from this Gacha you will receive 6 Items. You can pull for free once per day.
Furthermore, there is a certain chance to pull a bonus slot. Get certain Fighters, such as UR Kaiser, from the bonus slot.
On top of this, depending on the number of pulls you make in the Event Gacha, get glorious Rewards such as 4-star UR Kaiser and (All) Fighter Shards from the Event Gacha Bonus that is underway at the same time.
■ Kaiser 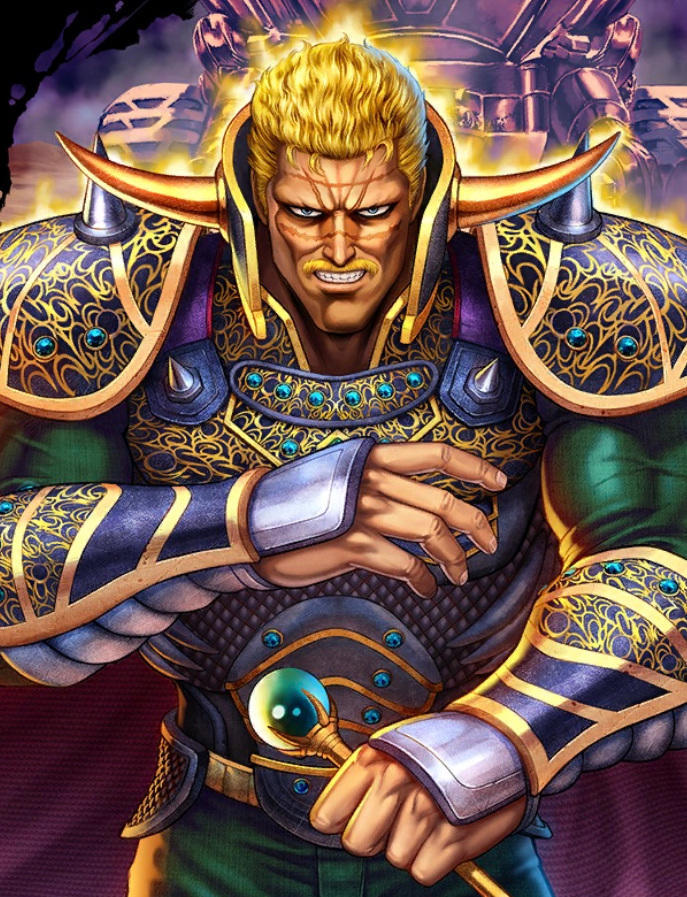 A District General of the Land of Shura, he is a battle-hardened Fighter who has won over 1,800 fights as a Shura.
A user of Monggo-style Enigmatic Predator Palm, he can remove an opponent's internal organs without spilling a single drop of blood.
He faces off against Shachi who has escaped with Rin.
Kaiser is a Life Type Fighter with strong defense whose Secret Technique is good for weakening enemies.
When his Seven Stars are unlocked up to 4-stars or higher, his Passive Skill "The Title of District General" is unlocked, which increases his Defense Power during battle!
Additionally, when entering battle he gains a Shield relative to his own Max HP and receives reduced damage from enemy Fighters for 2 turns!
He also gets an increase to his own Chi at the beginning of his turn!
If his current HP drops below 50%, he gains a Shield equal to a percentage of his own Max HP, increases his Chi, and certain Status Effects are removed. Additionally, his Defense is improved for 2 turns! (This effect can activate once per battle)
If defeated in battle, the Damage Increase of all enemy Fighters is reduced for 2 turns.
His Special Technique damages an enemy while increasing his own Defense Power for 2 turns.
It also deals additional damage to the Target based on the amount of HP it has lost.
*The amount of HP lost is the difference between the Target's Max HP and current HP.
Additionally, it increases his own Chi while reducing the enemy's.
His Secret Technique attacks an enemy and cannot be blocked by Guard or Skill Guard. It increases damage dealt and reduces damage received for 2 turns.
Additionally, it reduces the Defense Power and Damage Reduction of the Target for 1 turn and reduces it's Chi Increase for 2 turns!
It also deals additional damage to the Target equal to a percentage of the Target's Max HP.
With a Passive Skill and Special Technique that strengthen his defense and Secret Technique that weakens the enemy, Kaiser is a valuable Life Type Fighter!
Warnings
*You can check the drop rates and contents of the Gacha in Drop Rates on the Gacha screen.
*You can check the Bonus Slot pull rate on the Bonus tab in Drop Rates on the Gacha screen.
*If the Event Gacha is not displayed at the scheduled time, please restart the app.
*The contents of the Event Gacha are subject to change without notice.
Thank you for playing FIST OF THE NORTH STAR: LEGENDS ReVIVE.
To News List